And now…the fun part! Just say you believe me about all this vegan stuff. What are you supposed to eat?! It’s actually not that hard. I have so many resources. For Part II of the Call me a lunatic…or call me for help! series, I’m going to share some of my favorite cookbooks with you. In Part III I’ll provide online resources.

Almost all of the books mentioned in Part I include a number of recipes in them. Also, some of the authors have created an accompanying cookbook.

Rip Esselstyn is vegan royalty, being the son of Caldwell B. Esselstyn, Jr., a former cardiac rock star at the Cleveland Clinic, who has his own books and worked with T. Colin Campbell of The China Study on Forks over Knives (which we will get to in a minute…). His focus on tough-guy fitness has influenced many a beef-eating man. He also created a line of food products carried at Whole Foods.

I love this book. It is quick and clear, with easy recipes. Definitely a good intro for guys or those who don’t always relish cooking. (I’m sorry if that sounded sexist. It’s not that woman are naturally better at cooking. It’s just that most of the time they work at it. And some don’t. And some guys are great multi-taskers and very detail-oriented. Just usually not when it comes to cooking.) I just have this ongoing joke with so many of my girlfriends about how painful it is to watch men make one thing at a time in the kitchen… It’s kind of sad.

T. Colin Campbell of The China Study also came out with an accompanying cookbook. Actually, he only wrote the Foreword. His daughter Leanne Campbell, PhD, (mother of two hungry teenage boys!) wrote the cookbook. 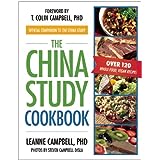 One cookbook that I don’t have, and looks like it is from back in the day…1999!…looks good.

How can you not try a cookbook that promises 15 minutes or less for meal prep? The McDougall’s are also long-time rockstars in the vegan doctor arena. Lots of the doctors’ wives partner with them for cookbooks and/or cooking classes around the country. I’m just realizing that most women who are big in this community are educated in nutrition and not medicine. Interesting… And just fyi, all of these doctors talk about how they were not taught anything about nutrition in medical school. They had to figure it all out themselves.

Dr. McDougall and his wife wrote a more recent cookbook together:

Forks over Knives is a movie profiling some of the doctors trying to heal their patients through diet. There is an accompanying cookbook to it. Although I have not seen it myself, I learned a lot from the movie. There is also a book version, apparently. Click on the picture below to see all the bonus material (including success stories and recipes) included in the print version.

Nava Atlas was a successful vegetarian cookbook author before she turned Vegan and transformed her cookbooks too.

These are the ones I have:

I like the greens cookbook because she doesn’t just give her readers recipes, she gives you the information you need to improvise on your own. The holiday kitchen book is genius. She covers Jewish, Christian and secular American holidays – plus brunch! This book was covered a lot in the Jewish press – on and off line – before last year’s Jewish holidays. I am still fielding requests for dishes I made last Rosh Hashanah from this book. I use them for everyday, Shabbat and holidays. I cannot recommend this enough!

I also rely on recipes from many of the books I mentioned in Part I, such as: 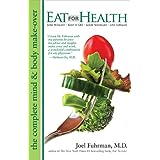 If you look under Dr. Fuhrman on Amazon you’ll find many more resources, like DVDs focused on cooking.

This is older but I’ve also heard good things about it:

I haven’t read these, but they look helpful (Come on, I can’t buy ALL the vegan books out there! Although, after researching this blog post, I’m going to have to buy a few more!):

Stay tuned for Part III of my Call me a lunatic…or call me for help! series, where I will provide you with online resources.

In Part IV I will introduce you to several brand new and upcoming books by some of the aforementioned authors. Finally, in Part V…well, you’ll just have to read to find out! Coming Soon….

How to have a Healthy, Plant-Filled Thanksgiving in 2019

I Miss My Healthy Mamas!

Bringing your values to the market and table

My yearly report from the garden

Cooking it all: Better than Vegan by Del Sroufe

Call me a lunatic...or call me for help! Part I